Allbry (formerly Snaptive) has created a digital counseling service that meets students on their terms in the mobile. The curatorial platform also provides completely new opportunities for schools to collect data and capture problems in time. Through the collaboration with DigitalWell Ventures, Allbry hopes to get more municipalities to open the door to a new way of working.

Many people probably remember the door to the curator’s room at school. Cem Celepli Atci does it, and during the sociology education, the idea of a digital counseling service was born to reduce the stigma of seeking help.

– That’s why we go to work every day. It is easier to open an app than to walk in a door when you are to be exposed to a curator, says Cem Celepli Atci, CEO and founder of Allbry.

Allbry’s app solves several challenges that the physical service struggles with. For example, students can contact the tutor from home and at a time when it suits them. Today, many schools even lack a digital booking system to meet a counselor.

– It is worrying that young people have come last in this digital development. At present, it is also not possible to book an appointment with a psychologist via primary care if you are under 16, says Roza Azimi, co-founder and vice president at Allbry.

Data that changes the conditions

Allbry’s app offers both a chat function and personal meetings, the platform also provides access to relevant data for the school. Curator calls may not be registered, but the curators can easily categorize relevant problem images via the service.

– This is the real innovation. It facilitates the preventive work incredibly much. Today, it is difficult to keep track of how many calls are made and what they are about, says Roza Azimi.

The data generated also creates the opportunity to follow developments in real time, according to Cem Celepli Atci:

– The well-being surveys that are done at school today are very analog, if you have filled in the survey for a week, the situation can be completely different when it is compiled. In our platform you get statistics day by day and can filter different topics, then you can aggregate and see which problems come high on the list at school, class and individual level. 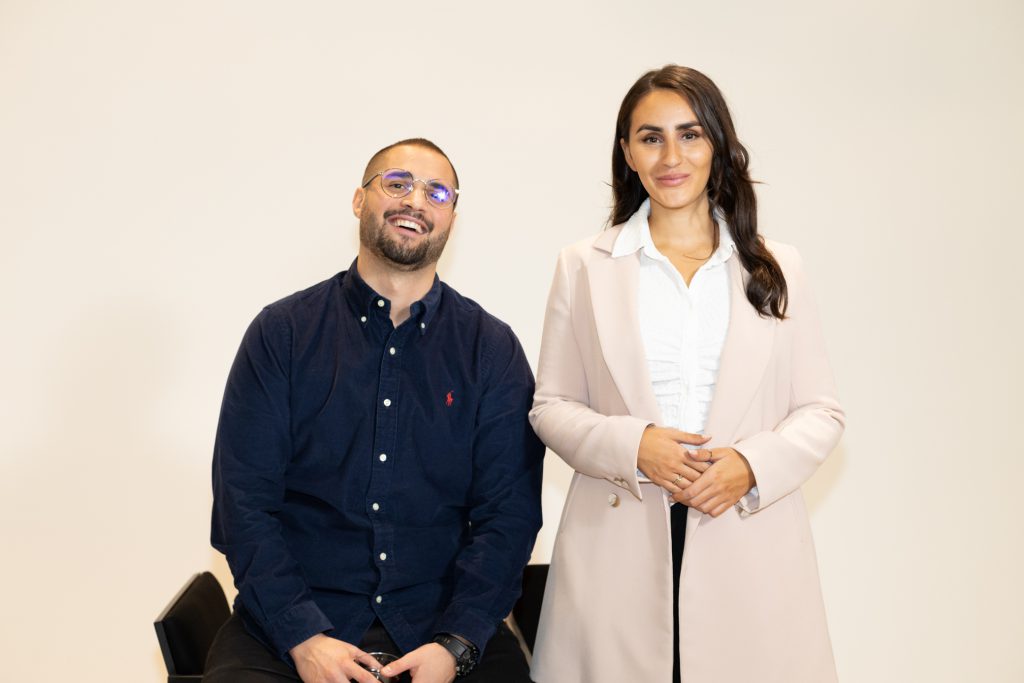 The increased integrity of the digital form of meeting offers has also affected students’ behavioral patterns. Allbry has been on the market since 2019 and in the 20 or so schools the service is used, it has been seen that more students contact a counselor, not least boys.

– Traditionally, more girls have reached out to seek help. At the same time, we know that suicide is more common among boys, so already there is a gap, says Roza Azimi.

An important point is that it is still the individual school that is responsible for the availability of a curator, which is regulated by the Education Act. Via Allbry, the school can choose to staff the digital platform with its own staff, or with the support of Allbry’s curators. The introduction of the digital counseling service always takes place in close collaboration with the school in question.

– An important part is to inform curators, so that they feel safe in using the tool. It is, after all, developed by curators for curators. It is their subject and job – so it’s not just about implementing the platform and believing that it will work by itself, says Cem Celepli Atci.

Initially, there has been some inertia in getting schools to switch to a more digital student health. Among the curators, however, the interest has been all the greater, something that has been noticed in Allbry’s recruitment.

– It has become like a movement, it is really positive. And in some schools we work with, the curator has been proactive in introducing the service, because the school has been understaffed. There they get relief, says Roza Azimi.

Although the students’ integrity is closest to the company’s heart, there is a point that the platform can more easily handle increased student pressure. A review of the magazine Läraren last year showed that there is an average of just over 400 students per curator in the municipal primary and lower secondary schools.

– The volume issue is central and relevant. Curators should be a first line and be there, so the quality issue is also about being able to satisfy everyone with a need, says Roza Azimi.

– What is interesting about this accelerator program is that it is incredibly focused. There are a lot of incubators and accelerators, but here it feels like it’s really about what we work with, says Cem Celepli Atci.